Fighting Climate Change: the case for a renewed discussion on
Processes and Production Methods at the WTO

Processes or production methods (PPMs) of goods are directly connected to the key environmental challenges that the world is facing. Of course, the most notable in this respect are PPMs leading to greenhouse gas emissions: considering the respective carbon footprints of similar product is being seen as the right thing to incentivise the trade of greener products and thus contribute to the fight agains global climate change. Thus a significant share of environmental protection measures that are taken or under consideration by governments (especially those taken to comply with their obligations under the Paris Agreement) primarily involves PPMs.

Countries are designing such unilateral measures (like carbon border adjustment measures) so as to ensure that their positive impact at the global level is not undermined by their trading partners’ inaction, and that it does not result in a loss of competitiveness for their domestic industries, particularly the most energy-intensive ones (which is a condition to enacting and applying them). Therefore, they affect trade, and the question of whether and how they can comply with multilateral trade rules is being posed.

The WTO rules on trade in goods generally impose to not discriminate between imported and domestic “like” products which are in a competitive relationship, except in some limited cases. So far, criteria for determining likeness do not include the process and production methods that do not leave physical traces in the product (“non-product-related” PPMs). It seems challenging to treat “like” products differently based on such processes and methods, except through labels or product information.

Moreover, a measure found to be discriminatory may still be “justified” under the GATT Article XX (General Exception) in certain conditions. But a determination of whether the measure is fit for its purpose, effective and does not constitute a disguised restriction on trade or unjustifiable discrimination would be left to a WTO judge.

Therefore, while the matter may appear rather technical, it is in fact of paramount importance for the design of predictable rules for businesses and the avoidance of “green” trade wars.

Should PPMs measures to address climate change and environmental protection be left to dispute settlement and potentially inconsistent decisions taken on a case-by-case basis or should we seek more legal certainty and predictability ?

As enterprises are considering PPMs related investment they are looking for previsibility of the legal framework withing which they may operate. This 90 minutes roundtable will explore the legal and economic implications of PPMs measures under the WTO rules, through by a panel discussion between legal experts, representative of industries concerned and trade officials.

This webinar panel discussion will address the following questions: 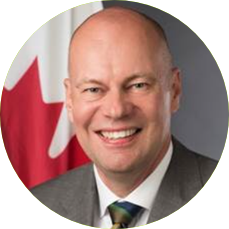 Stephen de Boer was appointed as Canada’s Ambassador and Permanent Representative to the World Trade Organization on August 21, 2017.

Mr. de Boer joined Global Affairs Canada in 2005 and has held various positions in the department, including in the Investment Trade Policy and North America Trade Policy Divisions. In 2006, he was named the Director of the Softwood Lumber Division. From 2008 to 2010, he served as the Director of the Oceans and Environmental Law Division and as Lead Counsel for Canada’s international climate change negotiations. In 2010, he joined Environment Canada as the Deputy Chief Negotiator for climate change and the Director General responsible for Canada’s international climate change negotiations and partnerships. Mr. de Boer returned to the department in 2013 as the Director General of the Trade Controls Bureau. In 2015, he was appointed Ambassador to Poland and in 2016, Ambassador to Belarus. Prior to joining the public service, he worked for the Government of Ontario. 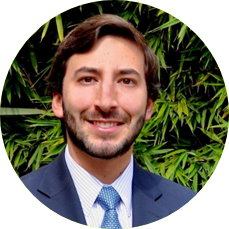 Mr. Santiago Wills is the Ambassador and Permanent Representative of Colombia to the World Trade Organization (WTO) and Alternate Permanent Representative to the World Intellectual Property Organization (WIPO) since August 2019. On November 2019, he was appointed as Chair of the WTO Negotiating Group on Rules, which includes the ongoing Fisheries Subsidies negotiations. He also currently serves as Member of the Management Board of the Advisory Centre on WTO Law (ACWL).

Before joining the Permanent Mission of Colombia to the WTO, he served as Director of International Trade and Investment Protection at a highly recognized law firm in Colombia. In addition to his previous experience in the private sector and in International Organizations, such as the WTO, he has held different public sector positions. Amb. Wills has served for the Colombian Ministry of Foreign Relations as Counselor of Foreign Relations posted in the Colombian Embassy before Canada, and for the Ministry of Trade, Industry and Tourism of Colombia, as Adviser to the Deputy Minister of Trade.

Over the past 11 years, Amb. Wills has been lecturer on WTO Law, International Trade, and International Dispute Settlement Mechanisms at Los Andes University (Colombia), and has published several academic articles on such topics, as well as numerous media articles. 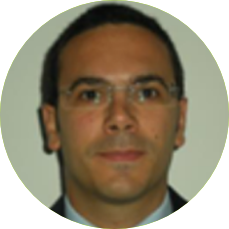 Adolfo has more than 10 years’ experience in Brussels-based trade associations on these topics. He holds a M.A. in European Studies at the College of Europe with a thesis in EU trade policy. 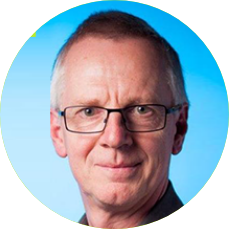 Patrick De Decker holds a degree of MSc in Chemical Engineering from the University of Ghent, Belgium.

He joined the Petrofina group (now part of TotalEnergies) in 1983 and worked for 25 years in the petrochemical platform in Antwerp in various technical, logistical and performance analysis functions. He’s been involved in climate issues, and the European ETS in particular, since 2014 and joined the Climate Strategy department in 2018, focusing on CO2 emissions and carbon pricing initiatives.
He represents the Group in various national and international associations. 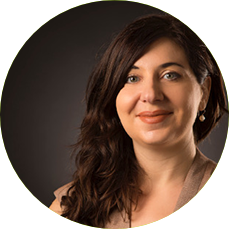 Stéphanie Noël is the principal of S Noël Law Office, specialising exclusively in international trade matters. Her practice focuses on WTO law, trade defence, and issues pertaining to negotiation, implementation of and compliance with preferential trade and customs union agreements.

She has advised governments, companies and trade associations on various issues of trade law such as trade remedy legislations and cases, import tariffs, rules of origin, the WTO consistency of multiple trade and domestic regulations affecting trade in goods (tax measures, product regulations, measures affecting the distribution of goods, labelling requirements, sanitary and phytosanitary measures), trade in services, and the implications of Brexit.

Stephanie's experience encompasses litigation before the WTO dispute settlement body, the Court of Justice of the European Union and representation of exporters and domestic producers in a number of trade defence proceedings across multiple jurisdictions. She has experience of technical assistance and institutional capacity building in the fields of trade defence and free trade agreements.

Stéphanie is a member of the Paris Bar, and is registered with the Geneva Bar (as an EU lawyer). She holds a master's degree in exportation law from the University of Paris V (Descartes); an LLM in international trade from Bond University; a master’s degree in international risk management from HEC Paris; and a postgraduate diploma in economic policy from SOAS (University of London). She regularly speaks at conferences on trade matters, and has authored articles in specialist journals. She also serves as a member of the editorial board of the Global Trade & Customs Journal. She practises in English and French. 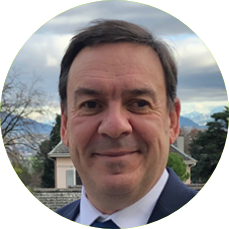 Jean-Marie Paugam is Deputy Director General of the World Trade Organization (WTO) in Geneva since 2021.

Before this, he was Permanent Representative of France to the WTO. Mr. Paugam has held various Senior Management responsibilities on Trade, Development and International Finance, with the French Treasury and with the UN system (International Trade Center).

He also was Senior Research Fellow with the French Institute of International Relations (IFRI), France’s leading think-tank on international affairs. M. Paugam graduated in 1993 from the French National Administration School (ENA) and holds a Master Degree in Business Law as well as a Diploma of Political Sciences from the University of Aix-Marseille.